As July comes to a close, I’m keenly aware that I haven’t been very creative lately. That’s ok. I’ve always found that high summer is the least inspiring time of year for me. It’s a combination of factors. The heat for one thing. The uniformity of the landscape during ‘peak green’. And also the fact that there are so many people around in the summer. I find my emotional reaction to a natural landscape is negative in proportion to the number of other people who I share it with. When you live only a few miles from Loch Morlich, the summer crowds do become a bit of a burden. Places that inspire me in solitude leave me feeling extinguished in company.

However, as August begins we are at the beginning of what I like to call ‘The Months of Wonder’, when the land goes through its most extraordinary period of change. Every month seems to have its own colour scheme. Autumn is the best time for landscape photography in Scotland in my opinion. This is the time to look to the forests and hills, to be present, to chance it all for the promise of a few hours of magic.

Around the middle of August is when one of Scotland’s greatest displays of colour usually begins. The common Ling heather comes into flower, and in a good year it cloaks the landscape in swathes of purple and pink. Best seen in the golden hour, especially at dawn. If the weather is right, the first reliable days of morning mist usually happen around this time of year.

As August moves into September the heather gradually begins to fade. However, as the bracken begins to turn you may, for a few days or even weeks, find glorious conjunctions of purple and gold. At the same time the first tree leaves begins to change, heralding the arrival of Autumn. The land begins to reveal its colours.

In October the Autumn colours reach their peak as the birch forests turn. Keep an eye out for the rarer Aspen trees among the birch though – as their colour has an intensity unlike anything else. Mornings are cold, misty and dewy. On the mountains the first snows might appear, but if not then the hills themselves are a glorious rusty brown.

We all know that November can be dreich, but as Autumn begins to wind down and make way for Winter it can also be one of the most gorgeous months of all. The colours of the land may fade, but in its wake comes the intense blue of the winter sky. It also brings the first heavy frosts, some snow to the tops of the hills, and of course many more misty mornings. Absolute magic. 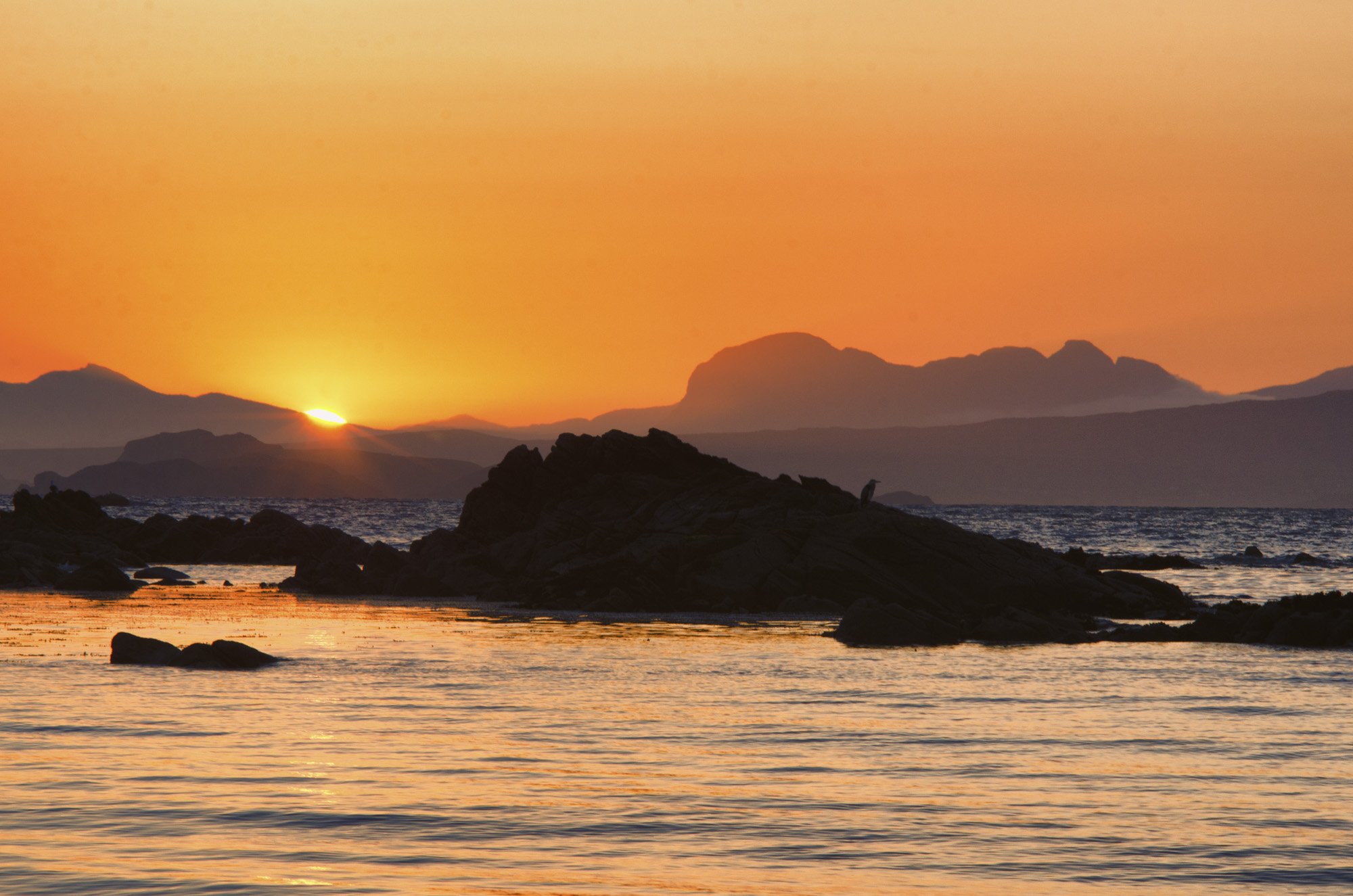 Let’s make something beautiful together.

Master the craft of landscape photography;

join me for a landscape photography workshop.

One thought on “The Best Time for Landscape Photography in Scotland”